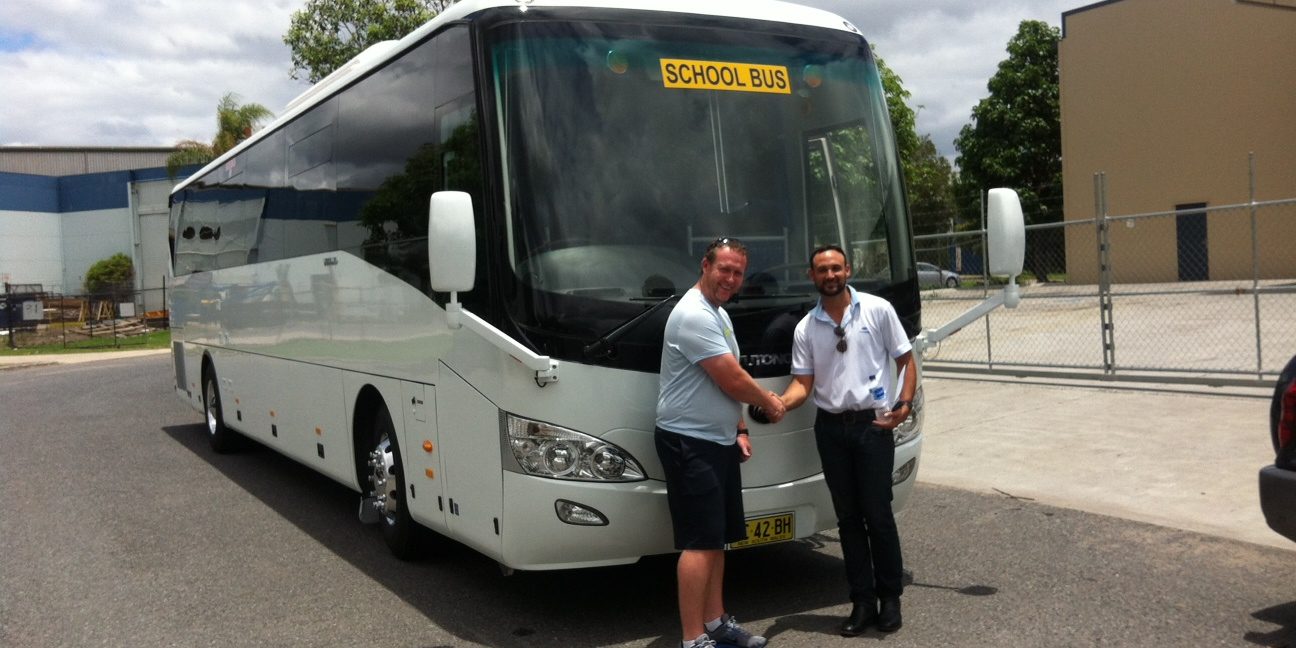 The students of the International Football School in the Central Coast have scored another new Yutong coach for their daily school runs during January 2015.

International Football School CEO Paul Chapman looked no further than Yutong when it came to investing in a reliable, proven school bus/coach combination with this 57 passenger vehicle. The delivery marks the second vehicle for the school in as many years, following the delivery of a 27 seater back in August last year.

Only established in January 2013, the school has quickly earned a high reputation in New South Wales for its focus on academic and sporting success – leading to rapid growth in enrolment numbers. Each weekday the school’s buses set out on school runs which cater for the entire enrolment, meaning the vehicles must be reliable and ready to go to work each and every day.

Well done to the International Football School on their second Yutong purchase and investment in new vehicles.