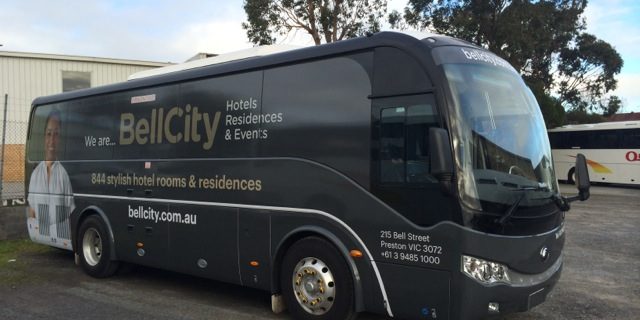 The Asian Pacific Group, owners of the Bell City Hotel, identified the Yutong product range as the best option available on the market. The need for two brand new coaches is to support the hotel’s permanent occupants in transiting between their residence and local universities.

Bus Stop Brisbane Vehicle Sales Manager Pete White was excited by the prospect of another two Yutongs for the state of Victoria. “There are already a handful of these buses in the state as we speak, and they’ve developed such a positive reputation in a seemingly short period of time”, he said. “It’s great to see another two enter the state”.

Bus Stop Brisbane is an Australian owned and operated business based at Archerfield, Queensland. As the appointed sales representative of Yutong vehicles for Queensland and northern New South Wales, Bus Stop Brisbane also specialise in the consignment and sale of used buses and coaches. For further information please contact us on (07) 3277 2115 or via email.